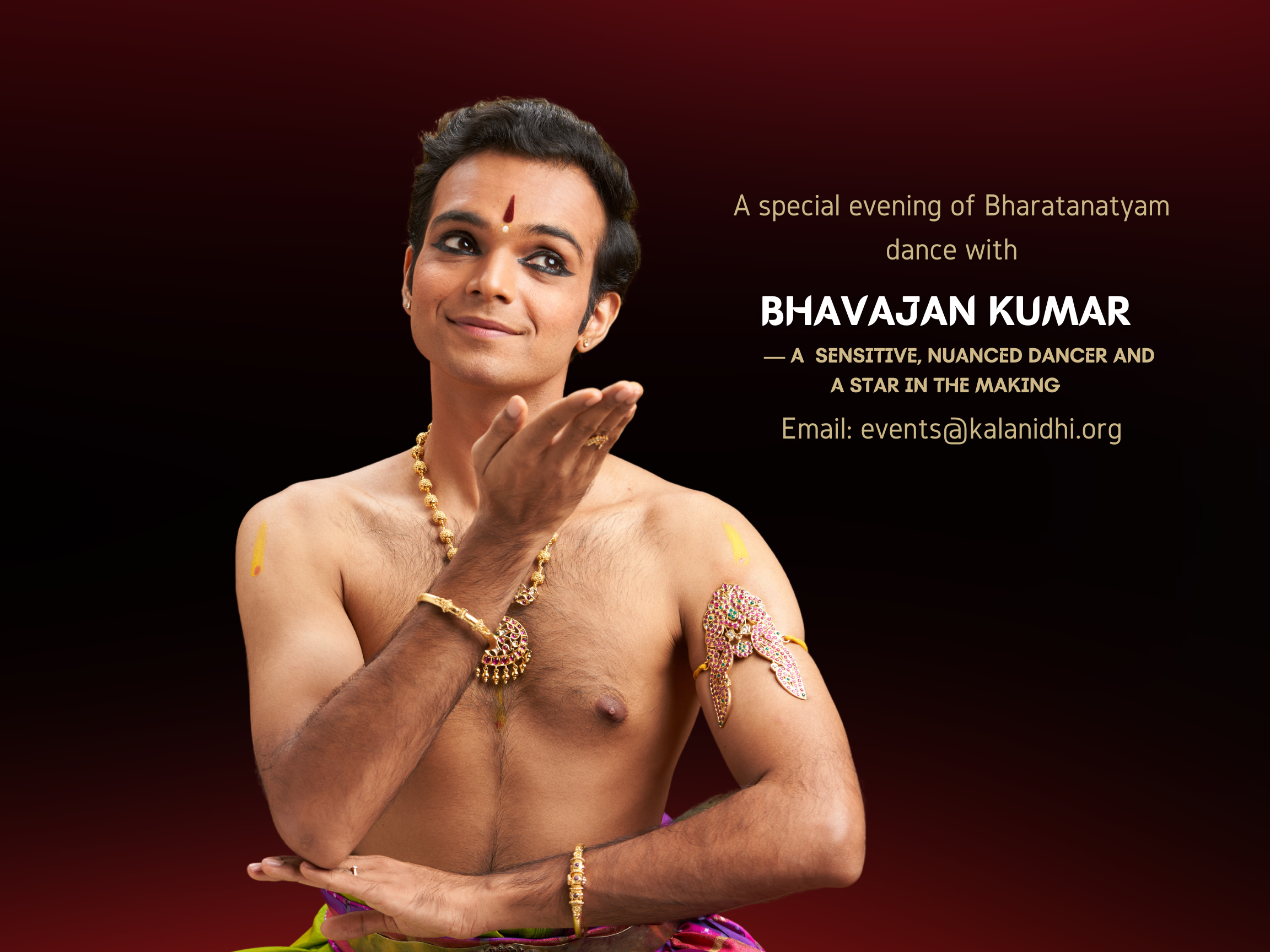 A special evening of Bharatanatyam dance with Bhavajan Kumar- a sensitive nuanced dancer and a star in the making.

We are extremely excited to present Bhavajan Kumar - a sensitive nuanced dancer and a star in the making as a part of our yearly in studio salon.

Bhavajan Kumar is a sensitive Bharatanatyam dancer. Born in Canada his passion for dance took him to India to pursue dance further. Blessed with a captivating stage presence, precision in movement and a deep devotion to the art form, he is a natural artiste with an innate understanding of the art he practices.

Bhavajan Kumar has worked and learnt with celebrated Bharatanatyam exponents like Padmasri Leela Samson & Jyotsna Narayanan under whom he has matured. He also trained in nattuvangam and vocal music from Bhagavathula Seetharama Sharma. Bhavajan not only absorbs and imbibes the subtle nuances of his gurus' distinctive styles, but is also keen on presenting the art with sincerity, keeping intact its spiritual essence.

He is a recipient of the Vazhuvoor Ramiah Pillai Endowment from the Cleveland Thygaraja Aradhana, the Pandit Durga Lal Endowment and Kelucharan Mohapatra Endowment from Sri Krishna Gana Sabha, the Yuva Kala Bharathi from Bharat Kalachar, Chennai and the Vasantha Lakshmi Narasimhachari Endowment from Narada Gana Sabha.

Bhavajan has had the privilege of performing at premier dance festivals across the globe, touring India, Canada, the USA and Europe. He has also had the opportunity of performing in some of the esteemed venues such as, Harbour front Theatre Toronto, The Music Academy Madras & Nehru Center London & Esplanade - theatres on the bay Singapore to name a few. He has had the honor of performing in the august presence of The Honorable Prime Minister of India Narendra Modi, the former Prime Minister of Canada, Stephen Harper, and former President of India: late Dr. A.P.J. Abdul Kalam and Prathibha Patel.